The Law of Attraction

In the early part of this century, a great secret was released to the populace called the Law of Attraction in a book and subsequent movie called The Secret.

While the book/movie did a great job in bringing this concept to millions of people who would otherwise never have known about it, there was and still is too much skepticism and disbelief in the world over an actuality that is very real.

Plenty of articles have appeared on websites and in spin-off books and magazines, with videos adding to the compliment of outlets trying to get a stubborn mass of people to accept its existence and how it affects every single person. So here is another one!

What is the Law of Attraction? 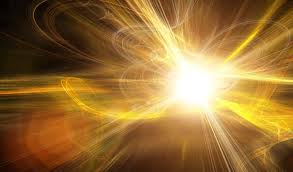 Maybe the many writers and media figures who have been helping to spread this particular "word" to the masses have been focusing too heavily on the need to get people to believe in this concept rather than just explaining it as it is and letting everyone make up their own minds on what to believe.

So here is my take on things. You can either accept it or reject it.

First of all, then, what actually is it?

Quantum physicists have gone a long way to making the explanation a lot easier by determining one physical fact that we have been aware of for some time. That is that everything (and I do mean EVERYTHING) is energy. The entire universe that surrounds us and that we are a part of is made up of energy at its core.

Energy, as physics experts will tell you cannot be created or destroyed. It can only be altered or moved.

We can't see energy with our own eyes, which for many is the make or break factor in whether something is real or not. Luckily, we have an excellent example in something we can't see or sense with the other four of our five human senses: electricity.

We can't see it, but we know it exists!

OK, now we've gotten that out of the way and you're hopefully still with me, I can go on to explain what this great secret law actually is.

Yes, it is a law as in a law of nature or a law of physics because it follows natural laws that we can quantify and measure, just like gravity: which, incidentally is another thing we can't see but know exists, by the way!

The Law of Vibration

Let's start with energy. Energy is known to vibrate at all frequencies and depending on the frequency, it attracts to itself if frequencies match or repels if they are different.

We know it as the Law of Vibration, which is the major governing Law of Attraction (or, conversely, repulsion).

Remember, everything is energy. Our physical and seeming solid bodies are not solid at all, but a mass of vibrating energy that is held together by its own attractive force because its components are all vibrating in the same frequency.

Just like a rock is energy held together in its familiar form because it vibrates on the frequency that makes it a rock.

Now for the harder to believe part: Our thoughts are more than mere mental activity. They are also energy (scientists can actually measure the frequency of a thought). The penny may be dropping right about now as the light goes on.

Our thoughts govern our emotions and our emotions govern the state of our bodies. Because they are all either vibrating on the same frequency or they're getting out of sync and constantly "re-frequencing" to get into alignment.

Happy and sad thoughts vibrate on different frequencies. Our corresponding emotions vibrate on the same frequencies as our thoughts and our physical bodies follow them in how they are vibrating.

The difference will naturally be very subtle on the grand scale of the frequency spectrum. It has to be to keep us in one piece and not exploding as our atoms go flying off in all directions because we lost cohesion!

We also attract situations to us that are in tune with our thought frequency at any given moment in time. Since we can alter the frequency of our thoughts by what we are thinking about, we can also change what we attract and what we repel into our lives!

We can literally choose what we attract or repel to us or away from us by choosing what we are thinking. Naturally, it would be a mammoth task to monitor our thoughts 24/7. That would be a very difficult thing to do.

Luckily, we don't need to as it appears that we attract or repel depending on what we are predominantly thinking most of the time.

That's important. It means we can choose our thoughts at those times when we are consciously aware that we are choosing them and allow for those other times when we're not taking notice of what is going on inside our heads.

The upshot of all this is simply that by what we are thinking most of the time, we attract similar people or situations into our lives.

It does not mean that we can sit in a rocking chair and think about holding a sack full of money and it will magically appear out of nowhere!

It does mean that if we are constantly thinking about being prosperous, wealthy and abundantly happy, we will attract the right circumstances into our lives to bring that circumstance about.

It still won't happen just like magic, but it will give us ideas that we can put into action to create the circumstances we need in order to fulfil our wishes.

It's not quite as ethereal as using pseudoscience to teach scientific thinking, but there is a lot of reality in the concept.

So there you have the Law of Attraction and basically what it is and how it works in our lives.

For more specific information and additional explanations, I am busy compiling a collection of related articles to this one that you can read by clicking on their titles as they appear below.